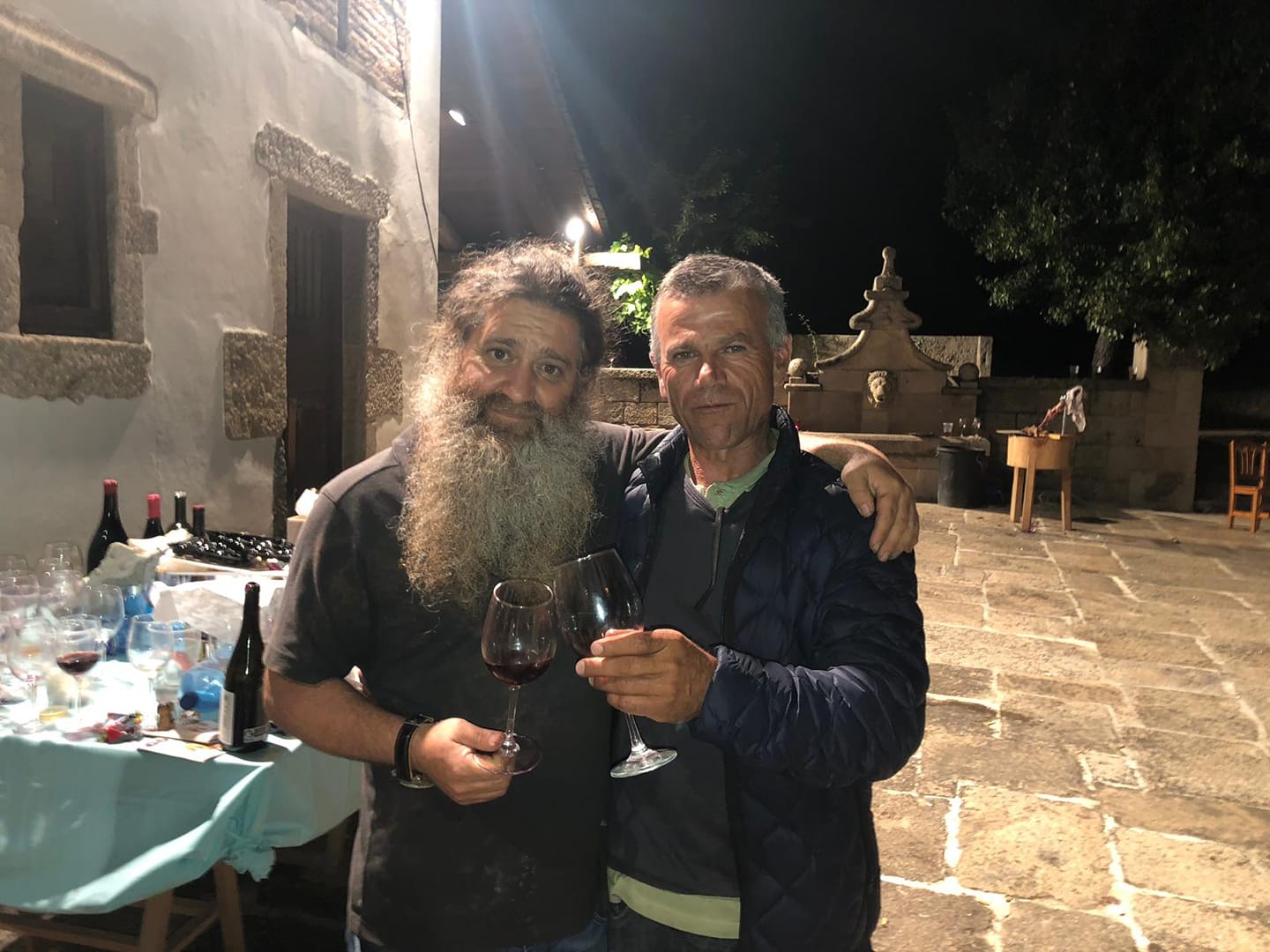 The name Romano Cunha refers us to the region of Trás- Os- Montes, in Vilar de Ouro, where this wine comes from. Here, Mario Romano Cunha, the winemaker has his own philosophy that does not obey the demands of the market. His production is put on the market when he believes it is perfect.  Because quality comes first and especially when the taste of the wine coincides with the palates of Raul Perez and Mario Romano Cunha.

In these lands, the tradition is millenary, the wine history of these hills and mountains is ancient and almost kept under lock and key by those who have always lived there.

Nowadays, it is the wine projects like the one in Romano Cunha that draw our attention to what is being done in wine. And the reasons are more than numerous. One of them is the specific identity of these wines. They cannot be reproduced under other skies because it is impossible to reproduce the harshness of the climate, the rigorous winter and the heat in summer, marked by the altitude and protected from the effects of the Atlantic by the mountains. Another reason is the wine heritage still intact. Romano Cunha is part of this universe, as well as the innovation and quality that are developed there.

Mário Romano Cunha grew up and lived in the city of Chaves, the land fed the will that made him study and obtain an agricultural training.  The wine project was born at the other end of the Trás-os-Montes region, in the municipality of Mirandela, described by the regional poet Miguel Torga, as "... leagues and leagues of bruised soil, erected, burned by a blazing sun or by cold snow".

This project was born after the family inherited and bought a few properties, which today include two vineyards with a total of 13 hectares. As is customary in these regions, the vineyard and wine were only one of many crops. To drink the wine, the farmer had to produce it himself, as required by the isolation and communication difficulties of this region. The inevitable creation and bottling of his own brand was forged and strengthened from the unprofitable purpose of placing the grapes in the cooperative and the difficult bulk trade with some of his Spanish neighbors, with an unacceptable quality-price ratio. 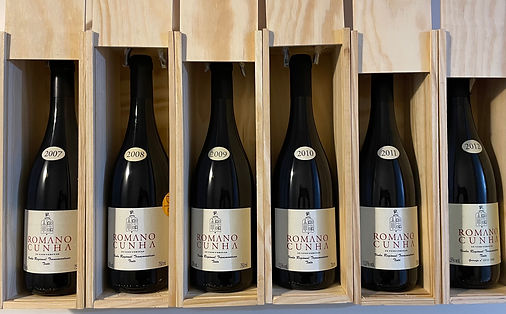 And this is what he did, taking advantage of the reconverted vineyard and also having at his disposal an 80 year old vineyard, planted with Tinta Amarela and Bastardo grapes. Therefore, there was no lack of quality raw material. In addition, during the conversion of the vineyard, he received help from David Perez, brother of the famous Spanish winemaker Raul Perez. The vineyard was also designed to be mechanizable, even using laser alignment techniques. David's touch in the viticulture and Raul's in the cellar, represent a crucial support, in the small and big details that make the difference, from the cold temperature management of the grapes to the final stages. The ingredients were all well aligned for everything to go well! 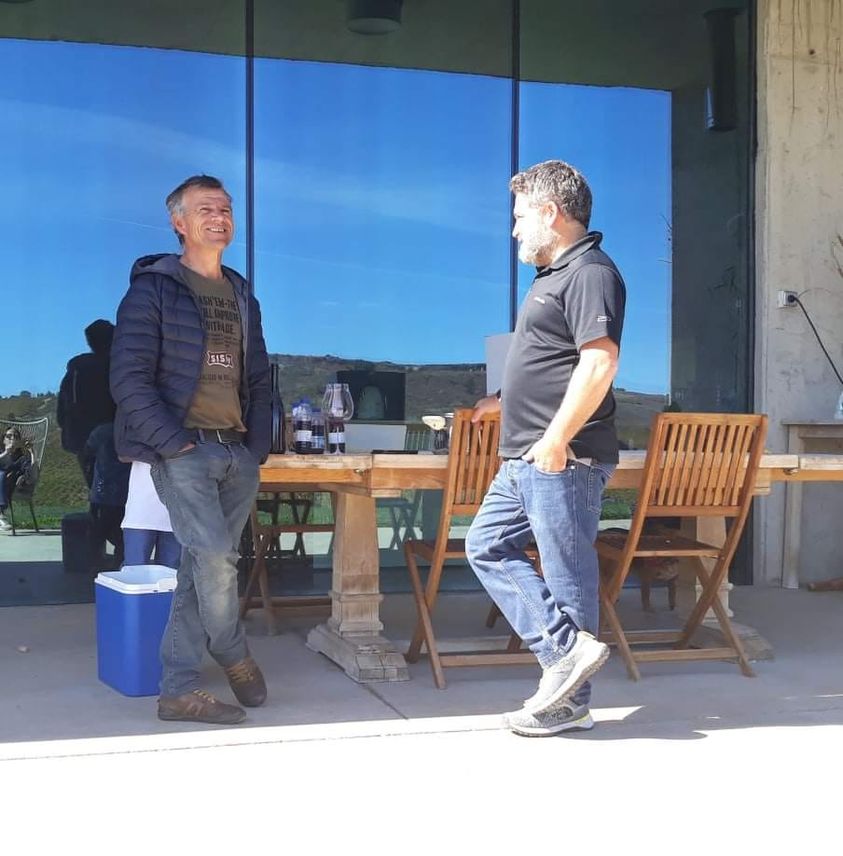 This was the case with the first harvest in 2007. It could only succeed! From this exceptional team, we did not expect anything else.  A conceptual link was created between Mário Romano Cunha and the great "author" of wines, Raul Perez. Therefore, no one expects to find a wine with little aromatic flavor and no complexity. On the contrary, the wines produced are consistent with the typical rigor and character of the Trás-os-Montes region. Aiming at the maximum quality, the yields are very low. Wines shaped by the granitic soils at 400 and 500 meters above sea level, no herbicides, very little tillage, very few treatments, a little sulfur, here and there, as Mário Romano Cunha says, making a comparison with the famous neighboring region: "while in the Douro they do eight or nine treatments, here we do one by precaution". It is not by chance that this region is one of the regions with the highest organic agricultural production in the country. 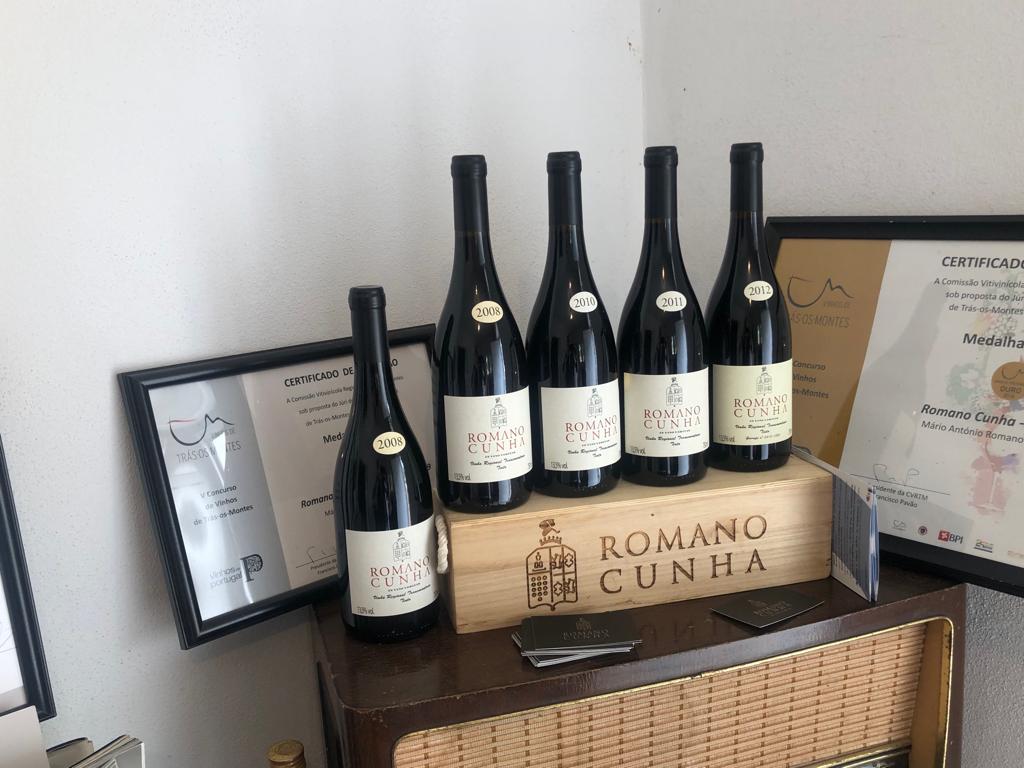 Romano Cunha wines are wines to be discovered, different, already with an impressive reputation and produced in small quantities. Not to be missed by those who appreciate the best of Portugal: a quality that blows behind the hills.

These wines have already been compared to those of "Barcas Velhas". 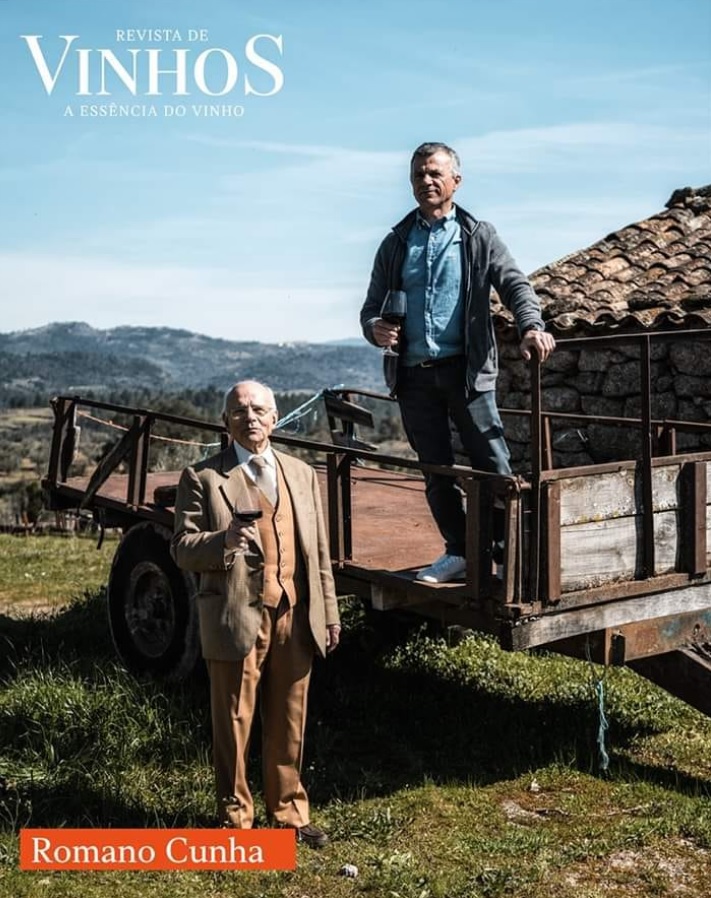 Romano Cunha wines are wines to be discovered, different, already with an impressive reputation and produced in small quantities. Not to be missed out by those who appreciate the best of Portugal: a quality that blows behind the hills.

These wines have already been compared to those of "Barcas Velhas". 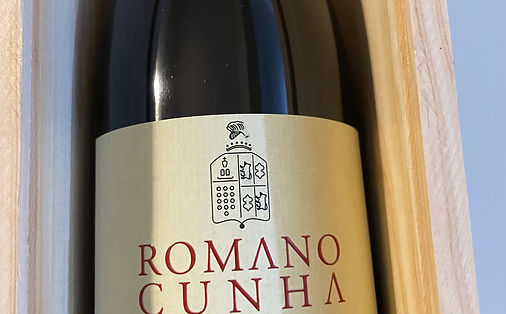 In the search for the perfect bottle, remember that the time, place, mood, company and food influence how much you like it - almost as much as what's actually in the bottle.

The best way to make a good wine great and a great wine memorable is to drink it with someone you love. 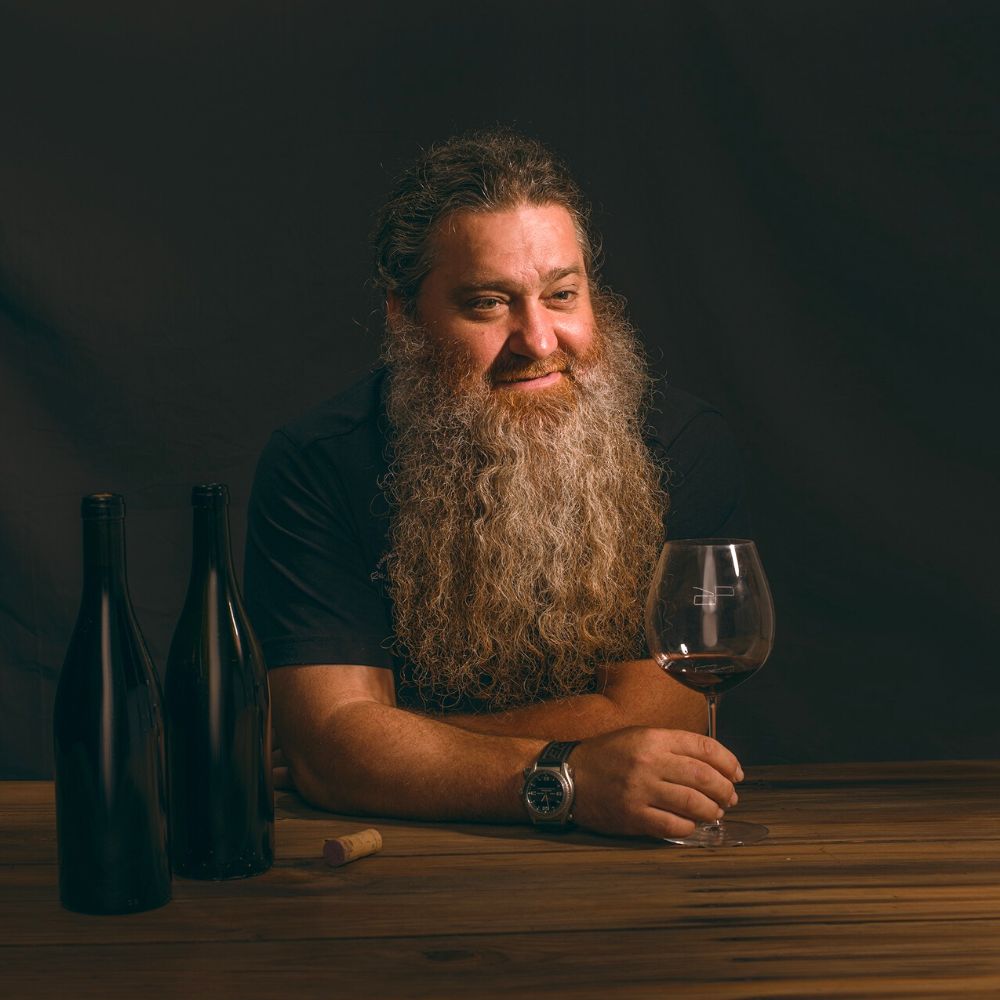 "News travels fast, even when it is bad, but fortunately, in this case, it was good, or rather very good. But perhaps, to understand everything, we need to go back a few years, to the Bierzo region (Spain), where Raul Perez, the winemaker now considered one of the best in the world, began to distinguish himself with his first wines. The years passed and Raul's fame grew at the same pace as the quality and number of wines that were born with his signature. With a strong connection to the land, his wines are truly tempting, captivating and consumers rush to get them before they run out. Names like Ultreia, El Pecado, Rara Avis, Sketch, La Claudina, among others, resonate around the world, and then the scores do the rest. Now, the news I read is that Raul Perez himself is in Trás os Montes, in his quest to be different and to work with local and so often forgotten grapes. Well, Raul Perez's name is somehow associated with this wine that I place here under the name Romano Cunha. For those who are used to Raul's classics, they can immediately find similarities between this label and the others.

But we don't just stop at the label, I'm happy to say, the best lives on the inside.  Consistent and with a lot of life, at the same time elegant and demanding of time, not of glass but of bottle.

The wines of Mário Romano Cunha (Mirandela) are wines with a will of their own, where you can say as they say on the other side of the border, with well placed tannins. These are wines where time is the master, so it is not surprising that after the 2009 harvest, the 2008 was released and only now the 2010. A red wine that evokes varieties such as Tinta Amarela, Tinta Roriz and Touriga Nacional that has aged in wood for some time. When I look at these Romano Cunha, I can not help but think of the Ultreia (Bierzo) also created by Raúl Pérez. "

From the blog Copo de 3 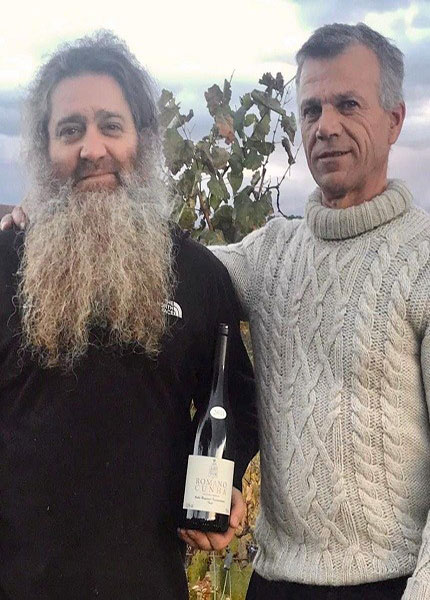 "The Bierzo-born wine magician has become the ultimate consulting winemaker".

Raúl Pérez is Romano Cunha's consultant, and just as he did in Bierzo, this pioneering Spanish winemaker has pushed the boundaries of quality for Trás-os-Montes. After selling his wine in bulk, Mário Romano Cunha now makes a third of it under the high-quality label of the same name, which is only released after extensive bottle aging. With rigorous viticulture, he "slaves" the vines to minimize yields and maximize concentration, pruning one kilo per vine for the reds and only 300-500 gr. for the whites. Ripe and sensual, with beautiful depth of fruit, balance and length, Romano Cunha's wines are made to age; the inaugural 2008 red - which I just tasted - is stunning and has much more to offer.